The TB-Super-O came about by accident. While testing a pair of TB-O modules we stumbled across a beautiful phasing effect with the typical slight detune you get from a stacked unison poly…

As we had the design for a single oscillator core, it didn’t take too long to knock up a slightly larger module with 3 copies of the same basic Saw core generator and of course while making a Super-Saw we had to make a Super-Square too.

Due to limited space, the Triangle and STS waveforms from the TB-O are dropped and again, space premiums meant the PWM controls had to go too.

Each oscillator has its own V/Oct input, so this is a kind of poly/para deal, where you can have three different sequences playing on each of the three oscillators. Or, only use the first V/Oct input and the same CV is mirrored to the other two as well.

Tuning control is provided independently on all 3 oscillators, so detune and serious detune can be tweaked as much as you like.

Since the square really benefits from PW controls, there is one per oscillator as well.

The module mixes all 3 oscillators and provides the outputs via the Super Saw and Super Square jacks. As you may want to blend the levels of each oscillator within the Super output, individual gain controls are provided for both the Super-Saw and Super-Square.

Finally, as you may also want to use it in that para/poly style mode, the output of each of the three oscillators is provided independently for both the Saw and Square. So you have six individual outputs in addition to the twp Super outputs.

This thing can really go from lovely harmonic detune and phasing to demonic sounding crazyness! 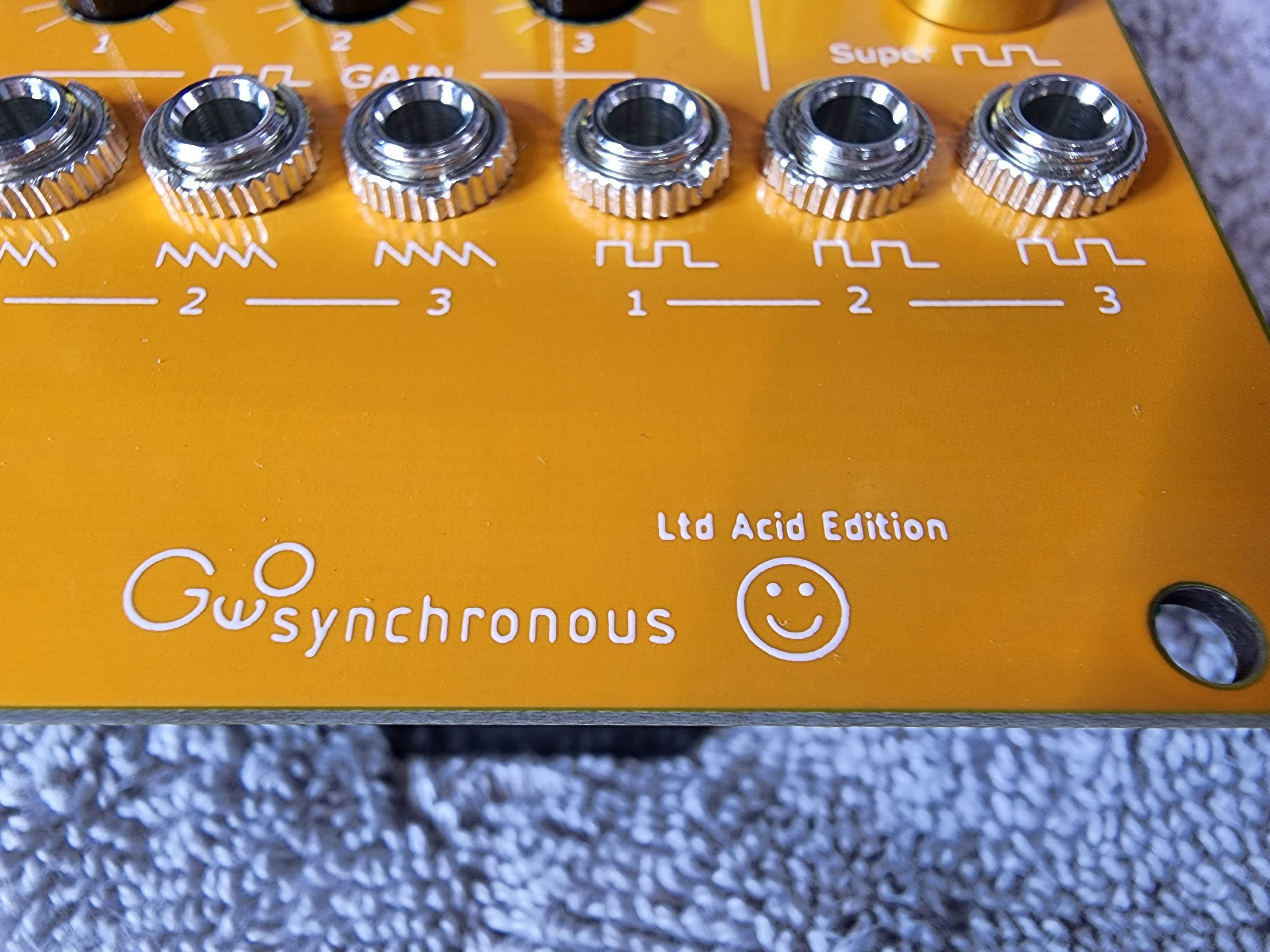 Depending on where you look, there is much debate about what frequency equates to what octave range, I had been using an old reference that suggested that C1 for example should be 32.7hz – and that is what I’ve been calibrating the pre-built modules to, and the build guide up until now has suggested.

After some analysis and testing with various sequencers it would seem that C1 at 65.41hz makes more sense and in reality matches the usable range of the oscillator (for example when driven by the MSW Choronovore – which btw is an excellent choice for getting the 303 slides and accents)

You maybe able to adjust your TB-Super-O by simply turning the three TUNE trimmer on the rear counter-clockwise to increase the pitch – you should not need to change the WIDTH.

However, you may find you can’t quite get enough range to get to 65.41Hz (without moving the TUNE POT on the front away from its center position) – if this bugs you, as it did me, then you can either replace R2, R10 and R19 with 47K ohm resistors, or add a second 100K ohm resistor in parallel to these three. This should extend the range of the tune trimmer to allow you to set the correct value. See picture for locations of R2,R10,R19, it maybe simplest to solder the additional 100K resistors on the back of the PCB. See the build guide for more details.

Serial numbers A004 & A008 purchased from synth.nz are calibrated to the old tuning. If you don’t want to fix this yourself, we are happy to cover return postage costs and fix for you. Contact us to arrange this. 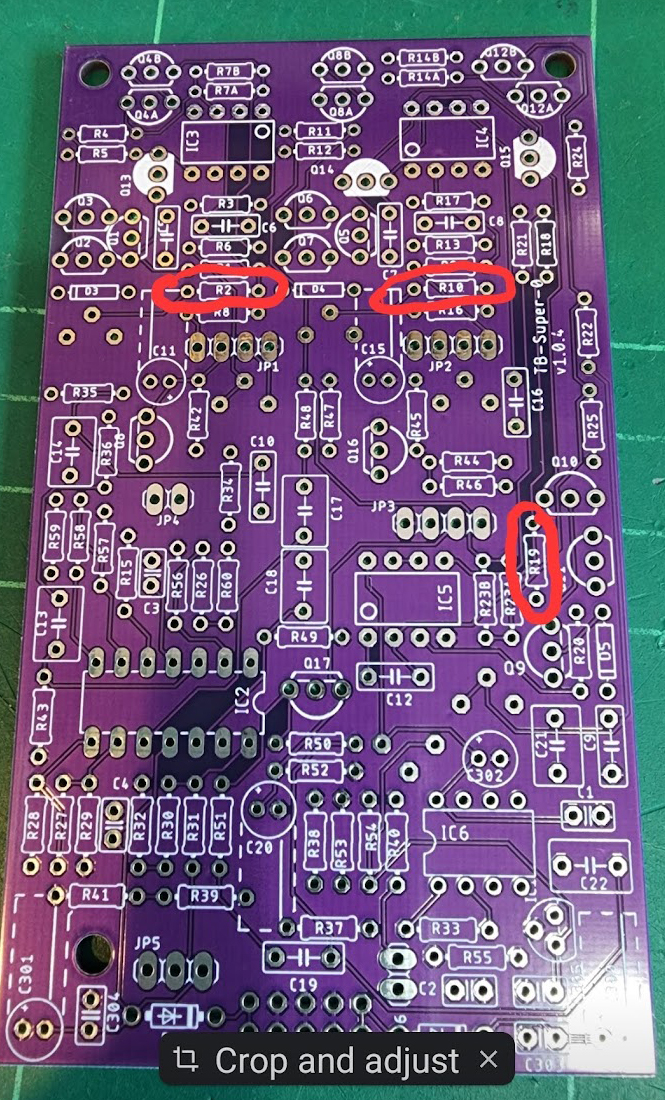 For those happy to source all parts.