GeoSynchronous Synths are designers and manufacturers of Eurorack format and custom semi-modular desktop analog synthesiser modules. Based in Auckland, New Zealand, GeoSync offer several ranges of synthesiser modules as well as build services for other boutique DIY synths, such as RE- series from dinsync.info, x0xb0x, e-lictronic and more. For custom services please use the contact form or email geosync.synth@gmail.com

Restock of pre-built and DIY partial kits available from synthesizer.nz – included limted numbers of the Acid Yellow versions – speak to them, the pages may show out of stock but they have most items available.

NB: The prices on synthesizer.nz are in NEW ZEALAND DOLLARS (NZD)

NB: The prices on synthesizer.nz are in NEW ZEALAND DOLLARS (NZD)

The first batch of TB-Euro pre-built modules and DIY partial kits were sent to synthesizer.nz and are available to order now.

The TB-Euro series were inspired by the classic Roland TB-303 bassline synthesiser. Extracting the Oscillator, Filter, Envelope and Amplifer sections this series allows the characteristic 303 sounds to be added to any Eurorack system. Available as DIY partial kits (@Thonk) or pre-built modules. (Both kits and pre-built available from synthesizers.nz)

The GS (GeoSync) series were inspired by the early Roland modular and SH series of synthesisers. Series 1 consists of utility modules such as VCA, VCF, LFO and Envelopes based on the classic BA662 differential op-amp used everywhere in Rolands 1970 and 1980 analog synths. Available soon as DIY partial kits and pre-built modules from synthesizers.nz

For those not fully invested in Eurorack but looking for a Semi-modular standalone desktop module, the TB-Desktop series of synths provide all the same sounds and modulation capability of the Eurorack modules but in a more desktop friendly form factor. Available soon as DIY partial kits and pre-build desktop modules from synthesizer.nz 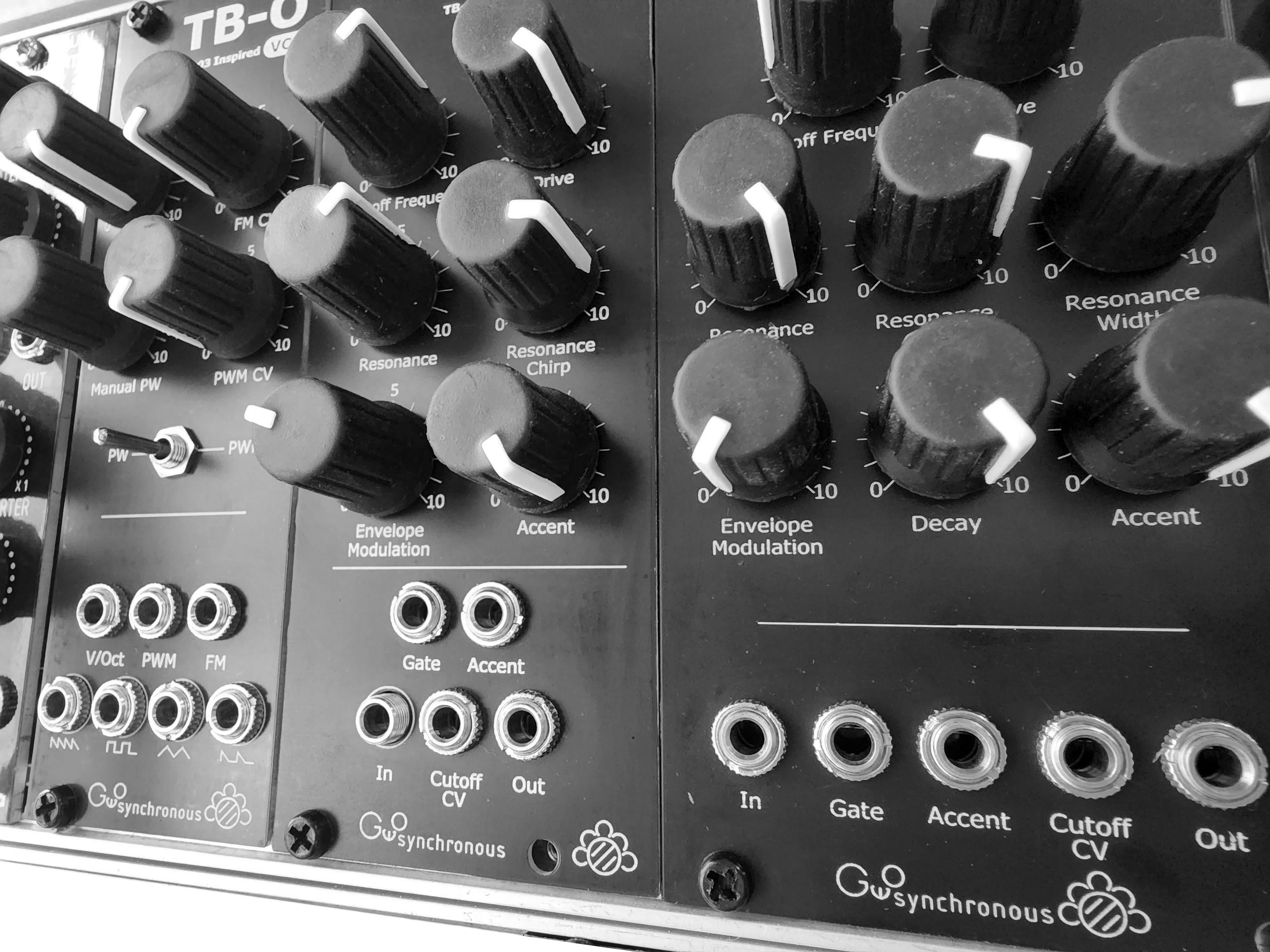